The first National Catholic Sisters Week will kick off March 8-14 at St. Catherine University in St. Paul, Minn., as part of Women’s History Month. By bringing together college-age women and women religious from a variety of congregations, St. Catherine will honor Catholic sisters who have served faithfully as an integral part of American history.

“Women’s History Month is something people know about and is utilized by schools, universities and organizations to highlight contributions women have made,” said Dominican Sr. Mary Soher, who is helping lead the project. “And within this group there are contributions specifically women religious have made to society.”

Soher said she is excited about the potential for this project to lead people to think of both the contribution of women who are no longer living and those who have stories yet to tell.

Among the events planned at St. Catherine are opportunities to engage young women in conversations about religious life and discussion about the use of social media in promoting vocations. On March 8 broadcast journalist Soledad O’Brien is scheduled to moderate a panel discussion on discernment called “Sister Stories: How Did I Know?” The university also plans to launch a website that includes resources from religious communities across the country. 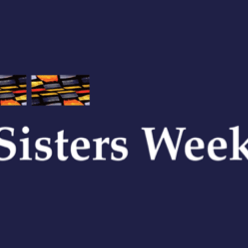