Kathy Gatliff was named CWR’s interim executive director in November 2019. She also serves as director of communications and public relations for the Sisters of St. Francis of Rochester, Minnesota. Kathy has more than 30 years of experience serving in the fields of communications, marketing, education and meeting planning. Prior to her employment with the Sisters of Saint Francis, Kathy served as the director of marketing and education for the Midwest Society of Association Professionals, as the founder of Meetings du Jour, and as the executive director of an international non-profit organization for credit and finance professionals. In her former profession, she obtained both the Certified Association Executive (CAE) and Certified Meeting Professional (CMP) designations, and was a past recipient of Planner of the Year Award by the Minnesota Chapter of Meeting Professionals, and the Industry Innovator Award from the State of the Industry Program, sponsored by Meetings: Minnesota’s Hospitality Journal magazine.

Michelle Izguerra joined the CWR team as office administrator in July 2018 and became business operations manager in October 2019. Michelle was previously employed with Chicago Public Schools, serving for more than 20 years at various levels of administrative support. For eight of those years, she served as office manager and administrative assistant to the director of the Confucius Institute, a nonprofit program run by CPS that focuses on K-12 Chinese language and cultural education. Michelle earned a bachelor’s degree in psychology from the University of Phoenix. She is also a certified event planner and a Google Certified Administrative Trainer. Michelle is an advocate of public service, and has worked and volunteered for community-based organizations in Chicago. In 2005, Michelle was one of eight professional women honored by the Clerk of the Circuit Court of Cook County during Women’s History Month “for succeeding as parents, professionals and community leaders.”

Brian Lavelle joined CWR as communication and membership manager in December 2018. Prior to joining the CWR team, Brian spent 19 years directing communications and media relations efforts for professional and junior hockey clubs. He most recently acted as director of communications, broadcasting and team services for the Quad City Mallards after previously serving in similar capacities for the Cedar Rapids RoughRiders and Billings Bulls.

During his time in sports Brian also oversaw teams’ community outreach and charitable giving initiatives. He played a key role in programs that benefited both national and local nonprofit groups including the American Cancer Society, the United Way, the Salvation Army and the Genesis Health Services Foundation.

Brian was first influenced by the work of sisters while attending Catholic schools in the Boston area. Sisters of St. Joseph were among his teachers at both St. Agnes grammar school and Arlington Catholic High School in Arlington, Massachusetts. He went on to earn a bachelor’s degree in communication from the University of New Hampshire. 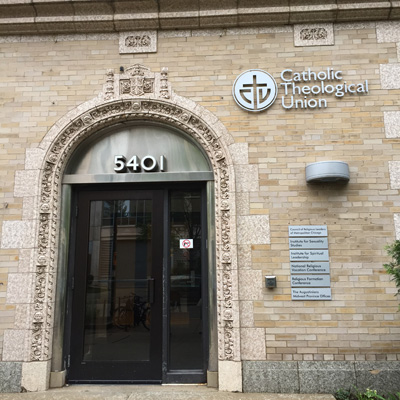 Who We Are Leadership/Board Our Presence Member Sites Staff